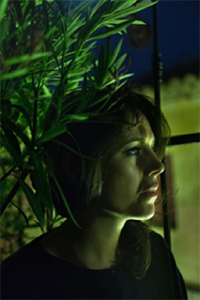 Retouching The Archive: Gender and Class in Early Photography in Scotland

This project explores gender and class in the early history of photography in Scotland. In the late eighteenth and early nineteenth centuries, women were at the centre of the scientific breakthroughs that would later become known as photography, yet they sit, still, in its margins. Foregrounding the contributions of these women, this practice-based research moves across photography, writing and creative archival research processes in order to work cross-historically: returning to this period in time in order to recover and repair a marginalised history. Its historical subjects include: those denied access to formal education and scientific societies who foresaw and reflected on their silencing; those who campaigned for access to instruments of science; those who laboured in and around the production process of early photography, including unnamed assistants and factory workers; those illiterate, working class women who were the subject of early Scottish photography, too. What happens to the history, discourse and practice of photography when we start to identify these women, speaking of, to – ultimately for – their work?

Working with archival holdings in public collections of photography and civic history in both Scotland and England, with the sites of Old Observatory House and what has become known as the ‘world’s first photographic studio’, Rock House, on Edinburgh’s Calton Hill, and with Newhaven on Scotland’s North Sea, this project seeks to retrieve and re-enact the labours of women’s photographic production. It reappraises the ‘invention’ of photography in 1839 by engaging with the undervalued work of women who were publishing their chemical and optical experiments in advance and alongside this date. Following Lütticken’s theorisation of re-enactment as activating ‘a potential waiting’ (2005), the project re-enacts the published technical workings of women’s scientific experiments, returning to their sites of working to experience again, at a distance of over 200 years, their still-thrilling pre-photographic moments of discovery.

In this art practice, reparative actions are used to make the invisible labour of these women’s production visible. In this creative retrieval, a physical encounter emerges. So too does a methodology that can perhaps offer us an understanding of the perception and experience of proto-photography. By working with touch – through the re-creation of photographic processes – the limits of the archive are breached. A method of re-touching is established that not only creates new artworks but also generates new forms of embodied knowledge in the archive, where the hapticity of sources becomes felt and understood, and a conversation can be enacted between past and present. The object of study is re-touched through practice. What ‘meanings’, ‘presences’ or ‘agencies’ are held in these conceptual traces?  This project asks weather this creation and encounter with the materiality of the photographic artwork can help us to understand the agency of women and their invisible labour in the invention of photography. Relatedly, how do we measure, mark and represent that invisible labour in visual and physical terms? Through retrieval and re-enactment, non-verbal, non-visible and non-dominant narratives are reactivated. Ultimately, the practice theorised here attempts to create a space for the photographs facilitated by women in so many different ways to ‘speak back’, telling us of the labour contained in their material forms, of the lives they provide windows onto.