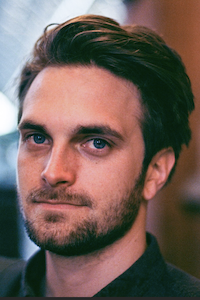 This practice-based PhD will be the first extended academic study to explore applications of the biologist Jakob von Uexküll’s concept of Umwelt to the theory and practice of contemporary film and moving images. In his work A Foray into the Worlds of Animals and Humans (1934), Uexküll defines Umwelt as the ‘surround-world’ of each animal’s and human’s perceptual and meaningful environment, emphasising that each living being determines the meanings in their own surroundings. I will follow Inga Pollmann’s previously under-theorised argument in Cinematic Vitalism (2018) that Umwelt theory grew out of Uexküll’s experiments with early cinematography, and that it can stand as a way of complicating conventional discourses of cinema as a milieu which acts upon rather than with being. I will explore how Umwelt theory can be politically and intellectually radical if we consider how thinkers and artists after Uexküll have used it to create openings for new ways of altering the anthropocentric gaze and being with nonhumans in their environments. This will be done through the production of machine learning installations and films alongside an extended thesis.


The thesis will explore a selection of contemporary film and moving image works through the lens of critical fields which build upon Umwelt theory across the later 20th century and into the 21st. For the PhD’s practical dimension, I will produce a collection of videos under the title Metabolisms using cutting-edge machine learning models ‘trained’ on archives of animal locomotion photography, and which create nonhuman moving image ‘interpretations’ of those archives which I call ‘posthuman locomotion’. This practical strand will be enhanced by a series of short essay films about human-animal encounters which employ various machine learning methodologies, such as ‘upscaling’ algorithms, as new, experimental and radical forms of cinematic grammar.