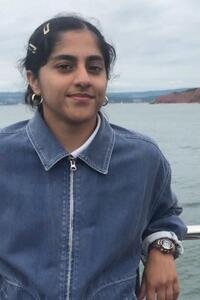 This project uses the concept of coloniality (Quijano 2007) to question India’s credentials of existing independently of colonialism. Through exploring the recent Shaheen Bagh protests against anti-Muslim citizenship laws, I will investigate the epistemic (knowledge-based) aspects of this resistance to understand broader anti-Muslim injustices in present-day Bharatiya Janata Party (BJP)-led India. The outcomes of this approach will be nuanced understandings about both culpability for coloniality in territorially post-colonial states like India, and present-day resistance against this.   Shaheen Bagh began with Muslim women, many of whom were first-time protestors, occupying public spaces in Delhi to protest the BJP’s anti-Muslim Citizenship Amendment Act. Protestors perceived the act as the culmination of anti-Muslim injustices which have proliferated since the BJP’s 2014 election victory: lynchings, ‘freeing’ Muslim women from Islamic divorce practices without consulting them, siding with destroyers of a holy Islamic site, and ever-increasing militarisation of Muslim-majority Kashmir. The protests were forced to end on their 101st day by Covid-19 restrictions, accompanied by the government’s destruction of the protest site’s murals and artworks. Hence, this project offers a timely contribution for documenting the epistemic significance of Shaheen Bagh.   Whilst scholarship (Anand 2011) understands the BJP’s epistemic commitment to Hindutva (‘Hinduness’) as Hindu nationalism, the dynamics of a BJP-led ‘post-colonial' state often remain unquestioned. I will address this by exploring Hindutva with coloniality, arguing that despite the end of formal British rule in India in 1947, the oppressive gendered and religious logics of colonialism – coloniality – remain hegemonic in India and are perpetuated by the BJP. This generates epistemic and material harms – being unjustly stereotyped and thus mistreated. In turn, Shaheen Bagh’s resistance to coloniality will be explored as epistemic resistance (Medina 2013): the women protestors subverted oppressive gendered and anti-Muslim Hindutva constructions of Muslim women as submissive and bereft of agency.