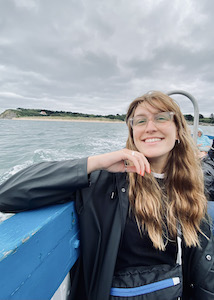 State Secrets and the Public Archives: Cold War Spycraft and the Literary Heritage of British Espionage

This research will take an intersectional approach to the marginalised identities of gender, sexuality, ethnicity, and (dis)ability within Cold War and post-Cold War spy narratives. The project will study the crossovers between spy fiction and the cultural history of spycraft, utilising The National Archives’ collections to consider the intersections between fiction and fact in order to challenge public assumptions and perceptions around the efficacy of white, upper-middle class, heteronormative male spies (as promulgated most notably in the works of Ian Fleming and John Le Carré). More specifically, my project will explore the relationship between espionage and inclusivity, reassessing the impact certain marginalised figures, authors, and literary works within the genre of spy fiction have had upon the cultural history of real-world espionage – ranging from representations in the press to popular cinema – and examining the extent to which such figures/works have been excluded from “mainstream” literary fiction. To that end, my research will focus on certain real-life individuals, documented in The National Archives, whose marginalisation often made them prime recruits for the unique world of espionage. Indeed, I will argue that their marginal identities made them very effective spies. The exploits of such historical figures have been represented in a number of popular literary fictions which I will explore. These include works by Pam Jenoff, Sonia Purnell, Erika Roebuck, Sufiya Ahmed, Julian Mitchell, John Banville, Louise Fitzhugh, Lauren Wilkinson, Jenny Rooney, and Stella Rimington, all of which focus on spies who identify in some way as marginal.