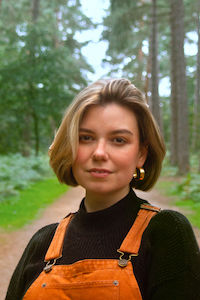 Through a written submission and video this research project will analyse and compare British fantasy screen fiction of the 21st century in the Harry Potter films and the recent His Dark Materials television series, interrogating how class coding reproduces ideologies of moral worth under neoliberalism. In a political culture where structural class inequalities are typically disavowed, a rhetoric of individualised identity, personal responsibility, aspiration and entrepreneurship in the ‘naturalised’ free market predominates. Sociologists like Skeggs, Lawler, Tyler and Littler are generating incisive work on class reproduction and value attribution in contemporary Britain. However, when it comes to media texts, their narrow focus on the analysis of working-class representation in reality television and social realist film marginalises studies of class struggle to the realm of realism and overlooks hugely popular fantasy texts and the middle-class subjectivities they reproduce. This oversight, in combination with a film studies culture that privileges British cinema’s realist and historical canon, leaves non-realist and increasingly hybridised genres in need of serious critical attention. By engaging with this gap in the field, this project will generate new understanding of the way British popular film and television culture, in particular the 'imaginative power' of fantasy, contributes to the construction of middle-class subjectivities as the principal embodiment of moral value within a ‘liberal-conservative’ hierarchy of recognised goodness. The international popularity of the Harry Potter franchise highlights the profound impact of a reliance on a coded language of class within British narratives. This project will use film and television studies for a narrative analysis of mise-en-scène using Bourdieusien ‘capitals’ and Barthesian ‘codes’. An interdisciplinary approach is necessary to situate case studies in wider discursive contexts. Finally, I will produce a video essay to engage playfully with cultural intertexts and introduce a more personal voice to my analysis.