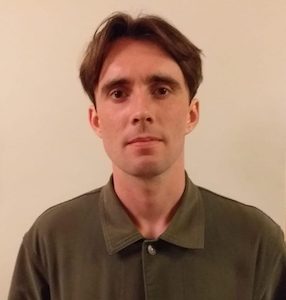 Blake was an unmistakably urban, and emphatically a London, poet and artist. His representations of the metropolis, however, constantly shift in his work: at points the city is the eternal ‘City of God’, and at others a chaotic series of disconnected processes. This variety is reflected by contemporary London’s drastic material changes ensuing from its commercial expansion, and by the proliferation of contemporary visual representations of the city. Examining Blake in the context of London's visual print culture, this research will produce distinctive new insights into his prophetic works, focusing in particular on areas that have been under-researched: London prospects; gateways and boundaries; and the city as process.


Drawing on archival collections (i.e. British Museum, Metropolitan Archives, Society of Antiquaries) this PhD will trace across Blake’s oeuvre how his interactions with his city, as embodied in his texts, were mediated by contemporary religious, economic, and especially visual cultures. While much critical work (e.g. Michael) has approached the city in Blake’s works, his engagement with visual print culture representations of London remains under-explored. This thesis will show how the various iterations of London encountered by Blake manifest themselves in his representations and conceptualisations of urban spaces. Blake’s glimpsed utopian cities will be related to the Christian concept of the ‘City of God’, and his alienated urban spaces to the idea of the city as a series of material and economic processes. This new approach to Blake ties into recent scholarship (e.g. Myrone) which locates the birth of the modern artist in early eighteenth-century London, and puts Blake’s work into dialogue with Marxist critics Lefebvre and de Certeau for the first time. Its focus on print culture also takes Blake’s relationship with his environment in fresh directions, exploring how his works fits into contemporary attempts to process and visualise the sprawling city.