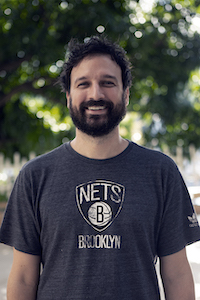 Reactionary groups of the right and the far-right are increasing their influence on the current political scene, often through fake news and offensive speech. This project will examine such groups’ use of offensive rhetoric and fake news by focusing on the case of the Free Brazilian Movement (Movimento Brasil Livre – the MBL), a key group of the Brazilian "New Right".


Social media played an important role in MBL's development, allowing the group to post content, increase its influence base, and mobilise its followers. This is a feature shared with other right-wing groups, but what is interesting about MBL is its growing closeness to centre and right-wing parties and its increasingly active participation in elections. In 2018, MBL won important electoral positions in different parts of the country, managing to elect 2 senators and 5 federal deputies.

The main purpose of this project is to understand the role of MBL as an alternative political actor and the implications of its rise for Brazilian democracy. The project will investigate MBL’s use of social media by examining the discursive strategies employed by MBL and its candidates in the elections of 2022 and 2024, also focusing on the use of violent speech and fake news. The project will also explore the profile of the group's followers, the way they use social media, as well as how they consume content posted by MBL.

The project will use a mixed-method approach that combines discourse analysis of the content published on social media by MBL and its political candidates and in-depth interviews with MBL members, political candidates and social media followers. The project will also include a survey to identify the followers profiles and opinions on Brazilian politics, as well as their communication practices and engagement with MBL content on social media.