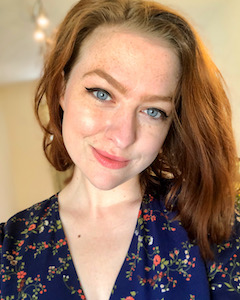 This creative/critical PhD explores female performers and performance-as-protest in early seventeenth-century England. It uses Practice as Research methodologies to develop Very Small Trouble, a play written in five acts, mirroring conventional early modern dramatic structure, and using modern diction alongside found early modern materials. The play takes as its instigating event a festival of protest performance in Wells, Somerset, in 1607, focusing on women’s roles as performers and cultural innovators, and the juxtaposition of popular and elite culture in the subsequent visit to Wells of Queen Anna of Denmark – herself a masque performer and patron – in 1613. In this post-Reformation moment, with women’s performance contested on multiple fronts, we find the interplay of church, civic and royal authority bearing down on inherited popular culture and a reframing of the traditional as radical. Together, the 1607 and 1613 events offer rich materials through which to explore James Stokes’ reframing of periodicity, in which the “high Renaissance” is a low point of the reformist oppression of women’s performance and cultural agency (Stokes 2015, 23). The unusual richness of the Wells records (TNA: STAC 8/161/1) allows me to use creative methodologies to explore the elements of festive performance through a scripted play; in doing so, I will reinscribe the history of female performers into a cultural form from which early modern women were excluded.  Negotiating these historical events through new dramatic work further explores performance as protest as a radical act and brings knowledge of the early modern female performer to a wider audience. By making connections to modern protest movements (e.g. Reclaim These Streets, BLM) and to the performativity of protest itself, this project links the Wells protest performances to radical acts of protest in our current moment, in line with Shakespeare’s Globe’s mission to produce transformative acts of theatre.