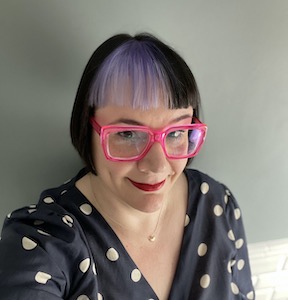 In this practice-led interdisciplinary project, historical research will inform Creative Writing. Its outcomes comprise a work of experimental historical fiction of eighty thousand words set in eighteenth-century London, and a thirty-thousand-word thesis on the use of experimental creative methodologies to reclaim female voices.

Harris's List of Covent Garden Ladies, published 1757 to 1795, was an annual directory of prostitutes working in brothels around Covent Garden, containing the physical appearance and sexual specialities of the women. Most entries are complimentary but the women are described entirely through the male gaze, in terms of their ability to bestow male pleasure.
The first strand of the project employs social history and archival research to build a picture of these women’s lives. Although often at the heart of eighteenth-century culture, they were silenced and annexed due to their profession. A historically accurate portrait of the lives and movements of sex workers in this period provides a foundation for creative narrative to give visibility and voice to a marginalised community, bringing them to life through story.
The second strand examines practices of historical fiction writing and experimental and hybrid literary forms, particularly feminist experimentation, with two aims. Firstly, to inform the creative text, expressing the unruliness of these women in both form and content, and reflecting the playfulness and experimentalism of eighteenth-century prose fiction. Secondly, to interrogate the use of these methodologies as a tool for feminist reclamation of literary form in the thesis, where I will evaluate their ability to represent the lived experiences of marginalised women outside of the genres of biography and academic history where current discussion almost exclusively appears. This project also contributes to broader contemporary conversations about the legitimacy of sex work and sex-positive feminism, utilising experimental fiction as a way to give silenced women voices and challenge stigma.