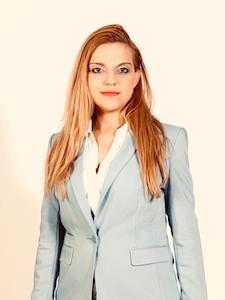 “Making up (for) lost heritage: an ethnographic study of dance, language and identity in London’s Greek Cypriot diaspora”

My research project explores the role of folk dancing and language in the construction and projection of ethnolinguistic identities in London’s Greek Cypriot diaspora. It investigates the ways in which the context of folk dancing (co-shaped by dancing classes, rehearsals and staged performances) creates a space for the development of linguistic styles and multilingual practices of heritage speakers, including practices that seek to counter the effects of intergenerational shift to English by fostering the continuous use of Cypriot Greek.


The protagonists of this research are heritage speakers of Cypriot Greek, Greek Cypriots who were born and raised in London and acquired the language in family contexts. The Greek Cypriot community is amongst the largest minority ethnic groups in London.

Previous scholarship has suggested that folk dancing may become a powerful instrument in the transmission of cultural knowledge, and helps to promote the involvement of Greek Cypriots in community life. Furthermore, folk dancing can provide opportunities for Greek Cypriots to communicate with people from the same ethnic background. These conditions can encourage Greek Cypriots to be exposed in an environment where the increased use of the heritage language will help them to develop their language skills, contributing to the moulding of their ethnolinguistic identity.

Through my ethnographic research, I aspire to explore the ways in which folk dancing and heritage language interact in the same context. By examining the diasporic trajectories of speaker-dancers alongside their dancing and linguistic practices, I will investigate the development of speech and dancing styles, motifs and conditions that help them to express ethnolinguistic aspects of themselves with self-confidence and spontaneity.