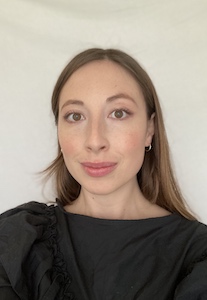 This interdisciplinary research explores attitudes to fashion, dress and textiles in the British socialist movement, between 1880-1914. At the turn of the twentieth century, there was an ideologically inflected discussion of economic and ethical practice among socialists that was concerned with fashion and dress reform. Despite the extensive work by social and political historians on the movement, as well as the longstanding interest in the dress reform movement among dress historians, an in-depth examination of how these two movements intersected, has been largely overlooked. My research aims to redress this and will draw on dress, social and political history to analyse – and synthesise for the first time – a wide variety of sources such as extant garments, political pamphlets, socialist newspapers, photography, portraiture, diaries, autobiographies and ephemera. The research will shed light on several politically motivated dress practices, unexplored connections between dress reform and the labour and trades union movements, a range of socialist dressmakers, journalists and fashion illustrators, and how socialist men and women used dress to construct socialist identities. Ultimately, however, it will highlight the necessity of understanding dress, style and material culture in political resistance and positioning, both historically and today.