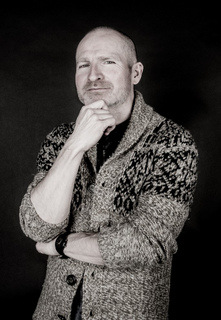 Chrysalis Boy - An Autoethnographic Investigation Of The Workings Of Exclusion

In 'Capitalisms And Gay Identities', Stephen Valocchi (2020) examines how contemporary understandings of gay identity primarily reflect the concerns of white, middle class, homosexually self defining men as they negotiated the social challenges that faced them in particular in the early stages of the LGBTQ civil rights movement. Leaders of mainstream LGBT organisations have predominantly been drawn from white, professional middle classes to stand as representative of the totality of LGBTQ people. This partiality is particularly apparent in gay men’s literature. The works of novelists such as Alan Hollinghurst, Adam Mars-Jones, Edmund White and Andre Aciman are disappointing in their homogeneity. I propose a life writing narrative of my own working class, gay life as an alternative image.

Recent commercial success in gay, working class life writing has been achieved in France by the publication of 'Returning To Reims' (Eribon, 2019) and 'The End of Eddy' (Louis, 2018). As these texts exemplify, situating gay identity in the thick of history is more prevalent in working class LGBT writing than in a middle class literature that (definitionally) represents ‘gayness’ as a kind of trans-historic subjectivity, unaffected by social location. Few LGBT voices have been heard in the UK contesting the naturalised understandings of the gay male self retailed by the flagship authors mentioned above. Additionally, while works such as Carolyn Steedman’s 'Landscape For A Good Woman' (1986) and Akala’s 'Natives' (2019) provide exemplary, contextualised, working class auto-ethnographies, they are sociologically orthodox in the theoretical understandings they employ. I propose mobilising contemporary queer and critical theories to produce an auto-ethnography of my life as a gay, working class man living at a nexus of historic change. My practice and reflection offers to both further methodologies of life writing and challenge monopolised images of LGBTQ personhood.