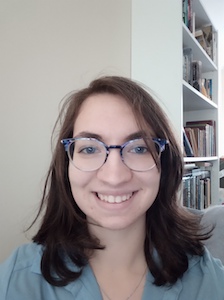 The politics of memory in Alsace: Nationalisation and gender in the aftermath of the Second World War

Defining the limits of state sovereignty and borders of a national community, borderlands are crucial spaces for the definition of nations (Donnan, Berdahl, 1999). In-between France and Germany, Alsace played a central role in French and German nation-building, changing nationality fourfold between 1870 and 1945. Alsatians, therefore, shared cultural elements of national identity with both nations. After each conflict (1870-1871, 1914-1918, 1939-1940) using propaganda, and the arts, both nation-states needed to demonstrate that Alsatians shared enough values and behaviours to be integrated into the nation. After 1945, French authorities promoted national identity in Alsace through the creation of realms of memory. However, where French and German national memorials promote an exacerbated masculinity, femininity is at the forefront of Alsatian remembrance. In southern Alsace (Haut-Rhin) out of 110 war memorials representing human characters, 78 are women. This research analyses and compares post-war politics of memory in Alsace, France, and Germany, unravelling the prominence of gender in Alsace, its uses as a nationalisation tool, and centrality to coming to terms with the past.

Gender norms were central to the construction of French national identity: masculinity associated with an active role within the nation, and passive femininity limited to the private sphere (McMillan, 2000). The national characters of Marianne (as an allegory for victory) and the strong masculine Soldat were therefore given essential roles in French identity and memory. In Alsace, these characters are replaced by the Alsacienne (Alsatian woman) representing values of motherhood and unity, and the male victim of oppression. Though part of the nationalisation process, the feminisation of Alsatian remembrance, and reversing of traditional gender behaviours promote an identity based on values rather than strong national characters. By promoting values of unity and forgiveness, Alsatian memory allows for Franco-German remembrance, an essential step in post-war reconciliation and European construction.