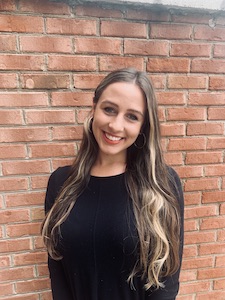 This project will examine Black perspectives in periodical and newspaper networks in Great Britain and the British colonies during the late Victorian era and expanding global British empire (1880-1910). While the project will consider other forms of literature and writings, the focus will remain on periodicals and newspapers amidst the “golden age” of journalism and a technologically advancing, globalizing media. My research will locate, analyze, and prioritize Black contributions and writings in order to understand early networks and advocacy for—and against—Pan-Africanism in an expanding empire. While the attempt is to understand the often overlooked African and Diaspora communication in periodicals across the empire, this study will focus primarily on West Africa, with a particular focus on Sierra Leone and Lagos for their important cosmopolitan print culture. These colonies were in themselves cosmopolitan, as many advocates and intellectuals residing in these countries were descended from or originated from places across and beyond Africa (e.g. the United States and West Indies). Thus, these geographical boundaries are unstable and porous.  From education, ministry, and advocacy, many of these West Africans traveled to the United Kingdom and contributed to English periodicals and newspapers. In an attempt to decolonize periodical studies, this project will analyze popular and lesser-known Great Britain publications alongside West African Anglophone periodicals.  This research will incorporate perspectives of Blackness and African-ness in British culture with lesser-known and more recognizable Black British intellectuals like Edward Blyden, Africanus Beale Horton, and Orishatukeh Faduma. Accessibility beyond the institution is imperative for this project, so my dissertation will incorporate a website that maps and includes West African periodical writings in order to understand the often-overlooked Victorian Pan-African community. As many of these periodicals exist only in databases or archives, particularly those from West Africa, the website will aim to provide accessibility to people beyond academia.