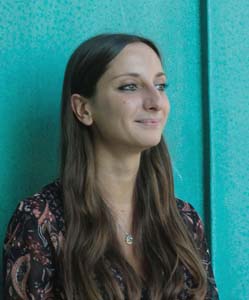 My project aims to underline the limits of the revival of the question of death in twentieth-century European philosophy by rethinking “birth” and “maternity” as philosophical categories. I propose to do this by developing Hannah Arendt’s notion of natality with further resources from contemporary feminist thought.

Since ancient Greece, mortality was conceived as a constitutive part of human existence and became a central category of Western philosophical thought. Contemporary continental philosophers such as Heidegger, Levinas and Derrida foregrounded this ancient assumption, offering different interpretations of death. In this context, Hannah Arendt proposes the alternative paradigm of ‘natality’. She interprets the meaning of birth in terms of ‘initiative’, attending to the bodily and plural reality of human existence. Arendt’s proposed shift paved the way for a new feminist philosophical current concentrating on the analysis of the notions of gender, birth and maternity, most notably in the work of Cavarero, Irigaray, Kristeva, Ruddick, and Duden.

My work investigates why, despite the success of these feminist positions, there is still a tendency to reject birth and maternity as specifically philosophical categories. How is this rejection connected to the twentieth century’s revival of the question of death and with an uncritical sexual differentiation of humankind? What challenge may the categories of birth and maternity pose to the Western philosophical tradition?

My research addresses these questions by interpreting birth and maternity not as mere natural events, restricted in time and linked to an uncritical vision of femininity, but as authentic existential possibilities, to be elevated to philosophical categories. It investigates how birth and maternally oriented philosophical thought may challenge traditional philosophical and political categories, such as the notions of autonomy, freedom, and sovereignty and will develop a philosophical approach that allows us to focus on the interdependence and the relationality of the human condition.