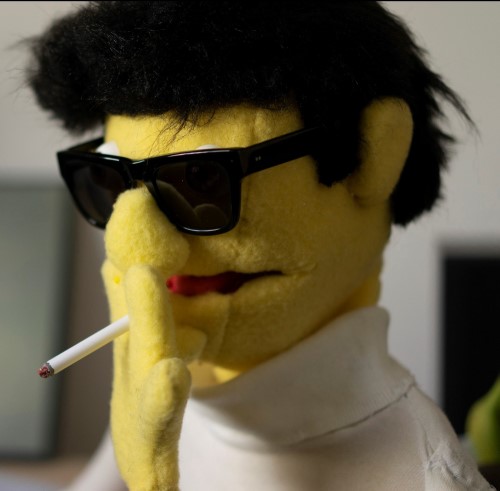 At the point of his untimely death in 1975 Pier Paolo Pasolini left a manuscript entitled ‘Plan for a Film About Saint Paul’, posthumously published as ‘San Paolo’⁠. My research operates across the realms of art practice and critical theory to question; how does a concept of adaptation and messianic time configure a new understanding of Pasolini’s work? And, how does this produce a methodology of practice within my own work?

The PhD adapts the script of ‘San Paolo’ in order to make a new film featuring a puppet version of Pasolini, which functions as; a persona of the director himself, a caricature I am able to interview, a mouthpiece for my own thoughts, and as a catalyst/conduit between me and locations mentioned in the script. In this sense, the puppet acts to question, and possibly validate, my own attempts at adapting Pasolini’s ‘St Paul’.

Alongside this film work sits a theoretical text on the nature on messianic time, Pauline philosophy, and eschatology through the work Walter Benjamin, Giorgio Agamben and Jacob Taubes.

The research draws parallels between St Paul and Pasolini to explore; place, fragmentary notions of time, sight, and the nature of the screenplay as an ‘autonomous literary object’. Each of which provide answers to a contemporary eschatological moment.