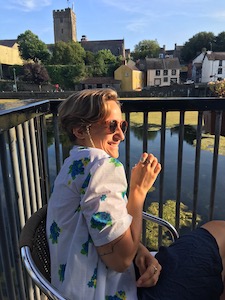 This thesis interrogates the social, intimate and property relations that underpin sexualized and gendered violence. I argue that struggles against violence must strike at “cultures of property”, that is, the historically materialized and systemic logics of propriety and possession. This philosophical investigation is motivated by recent attention to femicides that fails to address the historically sedimented structures that produce gender violence. Common responses emphasise individual responsibility or further investment in the penal system, borders and the private sphere. In contrast, feminist grassroots movements emphasize the continuity between different forms of violence including coloniality, capitalist expropriation and militarization. My unique contribution is to explore how the proprietorial violence of “western modernity” contributes to contemporary gendered violence.

This project interrogates the specific genealogies of gender violence by incorporating historical methodologies into a critical theoretical framework. Critique deploys the interplay between de(con)struction and creative construction. The first aim is to redress a failure to consider the centrality of proprietary notions of the self and of gender as propertised. Second, the thesis contends that understanding the consequences of contingent histories of appropriation and dispossession in the present enables a rethink of our responses to gender violence. This problematises concepts often heralded in emancipatory struggles, most notably self-ownership. The third aim is to explore non-violent forms of relationality by unsettling the idea of intimacy as the possession of liberal personhood. The thesis is motivated by a desire to develop critical philosophical approaches responsive to political struggles against violence. It imagines and conceptualises social and intimate relations beyond proprietorial logics of self-possession. Critically engaging with the erasure in liberal progressive narratives of the colonial and propertised histories of violence, I develop alternative imaginaries that draw on anti-colonial and queer feminist resistance to appropriation.