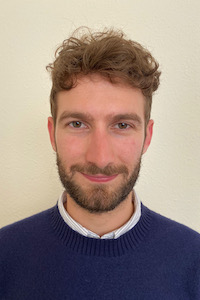 The Violence of Vision: Wild Plakken and the Crisis of Dutch Political Identity, 1977–1996

This research will examine the work of Dutch graphic design collective Wild Plakken and their collaborations with political pressure groups in the post-sixties Netherlands. It will address how shifting concepts of Dutch political identity – instigated by the Netherlands Anti-Apartheid Movement (AABN), the Dutch Women’s Movement (NVB), and the Communist Party of the Netherlands (CPN) – are rendered in the visual forms and techniques particular to the posters of Wild Plakken.

In tackling the key dialogues that surrounded political identity in this period – including record levels of post-colonial immigration, appraisals of second-wave feminism, youth unemployment, and an emerging housing crisis – Wild Plakken’s posters provide a lens through which we may study the evolving concerns, ideologies, fears, and ambitions of the period’s political imagination. It is then the primary aim of this research to question the formal and material representation of these dialogues and to ask how Wild Plakken’s posters became a site for both their construction and dissemination.