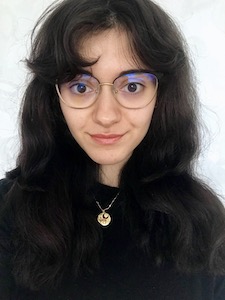 This thesis explores how the role of fashion, design and infrastructure shapes cultural identity in increasingly hybrid urban societies. It focuses on Lolita subculture in London and Tokyo, a transnational phenomenon which has become part of changeable global modernity. Since the 1980s, Japanese Lolitas have been developing new forms of affiliation and community-building, challenging mainstream society (Hebdige, 1979), later taking roots also in Europe (Kawamura, 2012). It is remarkable that Lolita subculture, with its particular fashion, lifestyle and sociality which merged Western and Japanese values and aesthetics, appears to be resilient in the context of fast-changing trends. How and why is this possible? What does Lolita mean for its new generations? This comparative study will gather new empirical materials, exploring the making of self in the Lolita communities of London and Tokyo. It hypothesises that Lolitas use it as a social and aesthetical resource to construct what they see as “liberal”, “autonomous” selves. This process depends on particular urban localities and generational contexts, but also on the changing fashion industry. This study focuses on Tokyo and London communities and the complex dynamics of East-West cultural transfer: British culture and subcultures influenced Lolita aesthetics, heavily relying on Victorian aesthetics and ways of gathering (e.g. afternoon tea), while also incorporating designers such as Vivienne Westwood in their coordinates. Inspired by Foucaultian work on the material and cultural history of liberalism, this study will adopt a micro approach on specific urban case studies, contextualising them in the history of British and Japanese cultural modernisation. Gathering ethnographic data on both communities through participant observation and semi-structured qualitative interviews, it will document and analyse the perceptions and practices of their current members. This data will help understand the relationship between fashion and urban systems and the presentation of the self and social performativity (Goffman, 1990).