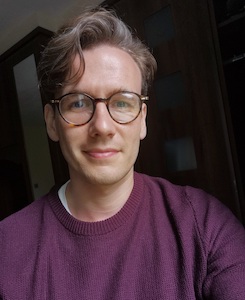 Inequality in Restoration England: Status, Occupation and Wealth in the Town and Countryside

This PhD will investigate wealth and social inequality across seventeenth-century England, a period of profound economic and social change with parallels to our current social and economic equality. 2016 Income tax analysis shows that the “stockbroker belt” surrounding London earns on average £64,900, double the UK average (£29,600). This project will use early-modern England to understand the changes that occur within society as it becomes more, or less, equal.

Using Branko Milanovic’s 2018 model for wealth inequality in pre-industrial societies as a jumping-off point, this thesis will go further and investigate disaggregate data from rural and urban societies undergoing transition from a pre-modern to a modern society. Previous models of historic social wealth distribution will be considered and assessed in turn.

The thesis will focus on two research themes:

investigate wealth and population distribution both within and in-between the town and the countryside of Restoration England;

ask how occupation affected economic status and residential zoning in both urban and rural environments.

Areas of study will be London/Middlesex; Hull/East Riding of Yorkshire; Bristol with Somerset/Gloucestershire; Norwich/Norfolk; and Northampton/Northamptonshire. This will give a wide base for national comparison. The project will use data from the Hearth Tax (twice yearly tax on fireplaces in the home) for wealth and population distribution. This will be supplemented with wealth data from local probate inventories and other contemporary records – which have not been brought together on this scale.

This PhD will create a new model that can better analyse mixed societies and the hierarchy within them through the examination of occupational structures. New digital resources for interdisciplinary research will be created: analytical data maps and an online database of historical persons recorded in multiple contemporary documents. This will give a three-dimensional image of a society in history and the people who lived in it.