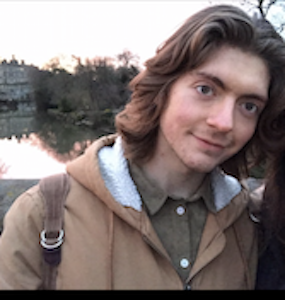 Seeing the Funny Side: Slapstick, Visuality, and Victorian Literary Form

Victorian literature contains many moments that critics are only just developing the language to describe. From slipping on banana skins in Meredith's *One of Our Conquerors*; to the Pocket children gargling on safety pins in Dickens's *Great Expectations*; to the Amazonians of *Cranford* hiding in the cellar from violent burglars, this project attempts to redress this aporia, developing a new vocabulary of what it terms 'literary slapstick'.

Drawing on the cultural repertoire of slapstick, which originated in commedia dell'arte, but was developed most progressively in 20th-century cinema, this project views the polyphonic space of the Victorian novel as a cultural mediator between the comic traditions of the 18th and 20th centuries. What new insights can be gained by considering the bourgeois three-decker Victorian novel in light of the rumbustious, physicalised slap and tickle that came before and after? How does literary slapstick address old questions with new answers about Victorian subjectivity and aesthetic form?

Chapter One argues that Dickens' *Pickwick Papers* and *Oliver Twist* transliterated the residual energies of Regency stage-slapstick, generating a visual poetics that strives against the implicit teleology of the volume-novel, and powerfully recalls periodical publication. Chapter Two will attempt to retrieve a feminist comic tradition. Maggie Hennefield writes that "feminism has always been mobilized and strengthened through collective joyful laughter"; this chapter argues that, in Gaskell's *Cranford*, Eliot's *Mill on the Floss*, and the lesser-known verses of Menella Bute Smedley, slapstick becomes an acceptable aesthetic for female suffering, prefiguring the work of early-film comediennes. Chapter Three turns to class-politics as slapstick engine, arguing that slapstick is mobilised in Dickens' *Great Expectations* and Meredith's *Evan Harrington* to codify class strife. Chapter Four shows Carroll and Lear's nonsense slapstick puncturing the bourgeois Victorian body. Their slapstick radically elasticated forms, foreshadowing the leaky Late-Victorian body, and Chaplin's "modern body".