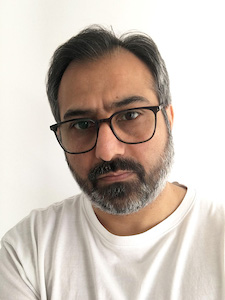 Documenta 11 (Kassel, 2002, curated by Okwui Enwezor) is regarded as a turning point for ‘global’ representation in contemporary art (Green & Gardner, 2016). It was the first time the international art exhibition had employed a postcolonial curatorial strategy (Reilly, 2018). However, despite its importance in both broad and specific cultural terms, an in-depth analysis of its approach - leading to a rigorous theorisation of its legacy – remains to be completed.

Documenta has been held in Kassel, Germany since 1955 and now takes place every five years. In 2002, Enwezor was its first non-European artistic director and also the first to expand its remit as a multi-site event. Indeed, Documenta 11 has been customarily historicised as a globalised formation, contributing to a paradigmatic shift from expositions of artworks to international events presenting ‘platforms of experience’ (Jones, 2010).

This research revisits the rich heritage of Documenta 11, to reveal its conceptual nuance and discursive detail. Material in the Documenta Archives in Kassel and oral histories generated from the original curatorial team, including an interview made with Enwezor by the candidate in 2017, will be used as the basis for critical examination. The research will use exhibition archaeology as a methodology to test Documenta 11’s curated, convened and published manifestations against notions of ‘entanglement’, a term used by Enwezor to describe the curation of the project (Levin, 2002).

Entanglement as a theoretical concept has gained multi-disciplinary traction in recent years as a basis to comprehend the interactivity of the world’s cultures and subjects (Geerts, 2016). It is leveraged here as a non-binary concept anchored in Enwezor’s Documenta, where it was mobilised both curatorially and discursively. This research will investigate the complex valency of the term today, while establishing the influence of Enwezor’s project in determining its enduring relevance.