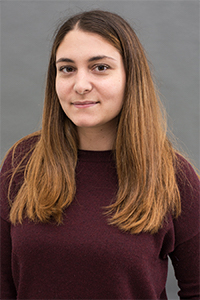 In my research, I will study the archives of two world leading organisations that I have confirmed access to: The International Atomic Energy Agency (IAEA) in Austria and The European Organization for Nuclear Research (CERN) in Switzerland, examining how the image of an imminent disaster becomes a vehicle for witnessing the enigmatic relationship between memory and loss. Departing from a change of epoch that is fundamentally related to technology, I will investigate how images of disaster assemble contemporary narratives, how their apprehension manifests as an encounter through the archival and how it is continuously transformed through technology. The research will have a considerable reflection across various media (audio-visual, typed, handwritten and painted paper records), a practice crucial to the capacity to apprehend and interpret the disaster. Drawing influence from Maurice Blanchot’s book ‘The Writing of the Disaster (1986), I will position the notion of disaster in the fields of literature, photography and technology, forty years after the book’s first edition. My research will focus on the exploration of a future time and the aesthetic of disappearance, looking into the image of disaster from both an archival and technological scope, aiming to investigate the paradox inherent in coupling destruction with preservation, death and survival. Developing an interdisciplinary study between epistemology and art; in other words, logic devices and image making devices, the two archives, which have not been analysed before in their entirety, will become a passageway to the beginning of new knowledge within which technology and the industrialisation of memory continue to emerge while redefining and reassembling their purpose through the emergence of history as an image.