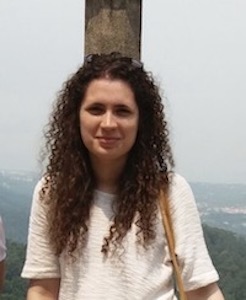 Re-framing the ‘Third Generation’ of the Pre-Raphaelite Sisterhood: Gendered Revival of Early Pre-Raphaelitism in 1880-1920

In 1880, a group of women artists – such as Kate Bunce, Eleanor Fortescue-Brickdale, Phoebe Traquair, Jessie M. King – began to incorporate Pre-Raphaelite elements in their works (e.g. medievalism, realism), almost two decades after the originating movement was thought to have developed into separate, and distinctively masculine, modes of Aestheticism and Decadence. This project will address the work of those artists, and explore what may be learned through enquiry into and analysis of their anachronistic Pre-Raphaelitism – about Pre-Raphaelitism and its futures, and about the development of aesthetics and gender at the fin-de-siècle period. Given the all-female nature of this collective effort to reinforce early Pre-Raphaelitism in the late nineteenth century, gender and the position of the female artist will be a primary area of attention. The thesis will also consider whether the implications of a greater understanding of and accounting for the work of these female artists in art-history and in cultural studies of the fin-de-siècle necessitate a re-evaluation of the definitions and relationships between the critical categories and definitions of Pre-Raphaelitism, Aestheticism, and Decadence. This research will culminate in the identification of the mutual application of theories between female art-networks and other female artists, illustrators, writers and critics of the late century (e.g. Florence Harrison, Alice Meynell), thereby developing heretofore unplotted connections between female artistic and literary figures to understand their aesthetic decisions in response to Pre-Raphaelitism rather than as generalisations about the late-century progress towards the masculine aesthetics of Aestheticism and Decadence. Following the contemporary focus on historical revisionism, this interdisciplinary project challenges the current understanding of the nineteenth century aesthetics by revealing rich content for re-examining the gendered and exclusive basis of existing definitions of ‘post’ Pre-Raphaelitism in the fin-de-siècle.