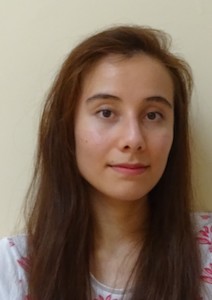 This thesis explores the country cottage as a symbol for social discourses in children’s literature from the mid-nineteenth century to the early twentieth century, a period of history recognised as the ‘Golden Age’ of children’s literature due to the many children’s classics published at the time. The cottage forms a common setting in children’s literature, a space that can mean safety or danger. This thesis will argue that this layered meaning of the cottage as a fictional setting also translates into the cultural contexts surrounding children’s literature. My research will draw upon ecocritical theories by identifying the rural cottage as a dying symbol of the natural world within literature, threatened by urbanization and pollution as the Industrial Revolution swept through nineteenth-century Britain. I will further explore how this urban and rural division reflects upon the gender divisions which characterised Victorian society, bringing together feminist and geographical understandings of society and space. As a home and a family-orientated space, the rural cottage aligns with the conventional female role of motherhood and domesticity, separate from the conventional male role of work and business in the urban industrial cities. Through identifying the cottage as a complex, symbolic space, I will examine how it becomes a fluid setting for children’s authors of the ‘Golden Age’ to teach contemporary ideology to young readers. Children’s literature has been the subject of feminist criticism on the representation of gender roles, but it has often been overlooked in critical theorisations of space, geography and the environment. My research will fill this gap by positing the country cottage as a setting for rich interdisciplinary discussion, bringing feminism together with ecocriticism and geography. My research will use the country cottage to offer a new perspective on social discourses and so establish the cultural significance of the cottage in society.