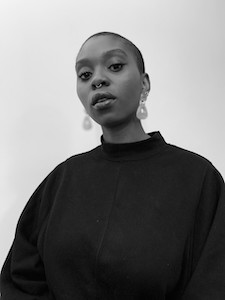 Remaking the World: Uses of the Imagination in the Cultural Production of Resistant Movements

The Black Cultural Activism research project as a collaboration between the Stuart Hall Foundation and University of Westminster will establish a national intellectual and creative research platform for the current generation of cultural activists to develop mentoring, strategy formulation and capacity-building.

Using the speculative mode, this project will examine the uses of the imagination in the cultural production of African, Caribbean and Asian feminist and anti-racist organisers in the UK. It is concerned with the affective registers that imagining conjures, specifically its documentation in 'activist' formations and the imagination as a site that has enabled individuals and collectives to resist the foreclosure of possibility forced upon them by the world's governing structures. It posits that the imagination is a teleological pool that political organisers draw on and its currency is chaos. It attempts to diagnose pessimistic affective responses to structural violence, not by positing optimism, but by examining the relation between pessimism and futurity. This project will also attend to rifts and discursive and political disruptions caused by the deployment of ‘blackness’ as a signifier for Caribbean, African and Asian activists and artists. It will utilise black studies and black feminist theory, particularly Wynter’s (2003) critique of the dominant concept of humanism, to analyse the consequences of such a deployment and how it has shaped the work contained in the archive.

Taking an experimental approach, this thesis will rummage through the archive to pull out snapshots, temporal moments, artefacts and ephemera that are related to one another in form, content or style, anticipating dialectical opposition and lacunae. It will map these encounters from the past, present and future using mixed media, interdisciplinary modes of examination, workshops, written and sound experiments and events with the aim of creating a psychogeographical ‘map’ that would be accessible online.