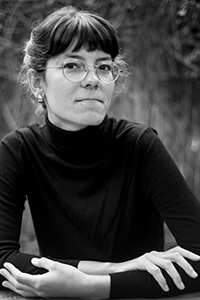 Thinking Affectedly: The Question of Touch in Adorno’s Philosophy

The question of touch is an inherently contradictory one, living an interdisciplinary life: the moment we conceptualize it, its integrity is dissolved, and its immediacy undone. For this reason, this research attempts to capture its critical force by analysing the distribution of the moments, texts and figures in the Western history of touch as it appears to us: making and breaking contact, abandoning periodization and fracturing the unity of a single, unchangeable origin, in order to situate and expand Adorno’s philosophy – a strange development in a thinking of touch running from Aristotle to Merleau-Ponty.

The central line of inquiry, that of Adorno’s theory of Negative Dialectics will be tested against the second area of investigation, namely, the discontinuous history of the sense of touch, animated by the philosophies of Derrida, Kant, Hegel and Husserl, among others.

Together, these prisms will be instrumentalized in answering the central question of the research: does Adorno implicitly develop a theory of aesthetic cognition? as the above-mentioned doctrines used in conjunction, can unpack this concept as an act in which the other and self – the traditional philosophical poles of subjectivity and objectivity, are presented to each other from a new perspective.

In what way does the concept of touch contribute to the formation of new relations between subjectivity and community? On what determinations of theory and practice can the concept be modelled? Which of the principles of immanence and transcendence ultimately legitimize a thinking of touch? This research aims to study the implications of such questions withinthe history of this movement and finally to demonstrate that Adorno’s position, in contrast with the established interpretation, not only figures, but also contributes to the conceptual framework in which the question of touch is addressed.