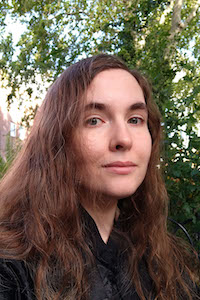 Fashion at Speed: Spectacular Histories of Fashion, Flying and Motorsport From the Twentieth Century Collections of Brooklands Museum 1907-1939.

Developments in motoring and aviation in the early 20th Century had a radical and wide-ranging impact on British society. This research project proposes to utilise understudied archives and textile collections in the development of a fully networked and contextually-rooted history of the fashion and spectacle of motorsport. Based at one of the world’s most important locations in racing history – Brooklands race track and aerodrome, now a living museum – the project focuses on items of costume from the museum’s collections within wider histories of fashion, technology and international media spectacle. Brooklands Museum preserves the world’s first purpose-built motor-racing circuit, one of Britain’s first air fields and its earliest flying school. The collections span over a century of design for bodies encountering extremes of speed and altitude which represent the cutting-edge of available technologies in their period, and integrate costume with vehicle technology and the historic architecture of racing spectatorship. Media spectacle attracted huge crowds to “the Ascot of Motorsport”, creating modern celebrities including Hilda Hewlett (first British woman to own a pilot’s license), Malcolm Campbell (breaker of land and water-speed records), Percy Lambert (who first achieved 100 mph) and Kay Petre (multiple lap record holder of the 1930s). Three land-speed records were achieved at Brooklands and numerous firsts in flight and aviation engineering. High-speed fashion propelled bodies across far-flung territories becoming part of the armoury of modern war. While the Brooklands archive and collections have supported much previous research into histories of transport, engineering and science, very few studies have examined fashion, design history and fashion media in this context. Existing research has been dominated by textual approaches, but the large body of visual media, ephemera and textiles at Brooklands would benefit from visual and object-analysis methodologies and create vital interdisciplinary connections between archives, objects, vehicles and architecture.