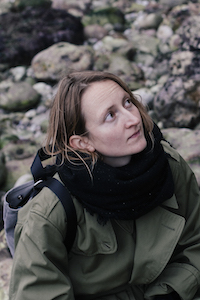 'In Limbo': staging the gap between personal and public narratives of home of Georgian Internally Displaced People

This research project investigates how performative documentary filmmaking methods can be used to explore the dynamics of cognitive dissonance in a context of forced displacement. By inviting long-term internally displaced people in Georgia to participate in a process of recursive self-staging in front of the camera, the research will illuminate the tensions between the personal stories they tell about themselves and the public narratives about their IDP status. The filmmaking methods will be tools for analysing how individuals negotiate contradictions among the stories they tell about their experiences, what they know to be true, and what they wish were true.

The project will be based on three periods of fieldwork in Georgia, during which selected participants will take part in interviews, stage their stories and dreams about home for the camera, view and comment on the filmed material, propose and film further performances, and finally discuss the results at a shared screening. All of this will be filmed. The film editing will provide a practice-based method of critical analysis that will result in a feature-length film that explores the creative and analytical potential of documenting how individuals and communities imagine themselves and their world. The research findings will be compiled and analysed in a written reflective thesis, the culmination of a three-year project that promises substantial contributions to the fields of film studies, filmmaking, and a wide range of academic disciplines, from performance studies to philosophy to psychology.

This research builds on the pioneering work of filmmakers such as Jean Rouch and Agnès Varda and contemporary debates on the intersection between experimental and ethnographic film. It is closely aligned with the current film research of filmmaker and academic Joshua Oppenheimer (director of ‘The Act of Killing’ and ‘The Look of Silence’), who will be lead-supervisor for this project.