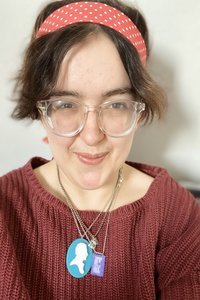 My thesis will explore the changing cultural reception of John Keats in the nineteenth century and the role Keats House plays in producing narratives about John Keats and his life for the twenty-first century. My research will explore how Keats House creates a connection between its visitors and Keats. I will focus on the role of the women connected with Keats, in particular Fanny Brawne, making use of the Keats House archives in order to address the disparity between the presence of men and women in the House. I will give more prominence to Brawne and the other women in Keats’s life, such as his sister Fanny, in order to probe the complex issues of gender and identity in Keats’s work and career. I am particularly interested in the curatorial decisions made about what to display and what to leave in the archives, and how the House makes use of labelling and descriptions within the museum. A key part of my research looks beyond the archive at the visitors to the House. I will also look at visitors’ responses to the House, from their reasons for visiting to their knowledge and feelings about Keats. This project not only attempts to recentre discussions of Keats’s life around the women who were close to him, but to contribute to programming and inform the curation of the House. This research will be extended to consider the relationship between Keats House and the Keats-Shelley House in Rome. Both Houses have an essential role in the afterlife of Keats and his poetical career. The Keats-Shelley House provides an excellent opportunity for comparison to Keats House as both Houses are dedicated to Keats while also trying to handle a lack of actual artefacts left by the poet.