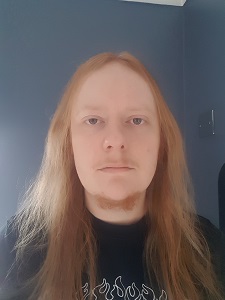 The System and Its Progeny: Stirner’s Insurrectionary Hegelianism and the Affirmation of Creative Individuality

Hegel’s philosophy, by its own nature as a pedagogical tool, sought to produce a new kind of subjectivity consistent with its goal of educating its readers in the ‘Absolute Knowledge’ of its philosophical system. In pursuit of their own versions of such knowledge, several of Hegel’s most innovative followers searched for a suitably coherent ‘post-systemic’ subject of experience and practice.

The core argument of my research is that the model of subjectivity proposed by Max Stirner (1806-1856), a former student of Hegel, best models the kind of subjectivity that the education of Hegelian philosophy ultimately produces. I argue that Stirner’s theory individual subject as the ‘creative nothing’, whose emancipation consists in the fully self-conscious affirmation of their inherent flexibility and creative power—a power inseparable from the negativity at the core of individuality as such—exemplifies Hegel’s theory of the plasticity of subjectivity and re-orients it towards emancipatory practice

For Hegel, subjectivity is both inherently negative yet also inherently productive; and it is through an exposition of Hegel’s theory of production, in conjunction with his theory of the plasticity of the subject in relation to this productive power of the negative, that I’ll invoke Stirner as a model for the kind of subject that affirms itself to have this plasticity as well as this power. The reassertion of Stirnerian subjectivity as a necessary product of Hegel’s system will have the consequence of calling into question the considerable absence of engagement with Stirner’s thought in contemporary Hegel scholarship, and seeks to begin a conversation between the resurgent field of Stirner scholarship and contemporary Hegelian theory. This ‘conversation’ will attempt to fuse the conceptual analysis of Stirner’s theory of the individual and its emancipation within Stirner scholarship with contemporary Hegel scholarship that seeks to draw on Hegel’s system for emancipatory ends.