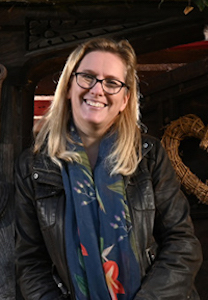 The making of a global arboretum: the case of the Royal Botanic Gardens, Kew

Arboreta are special places where landscape management, science, horticulture, art, and visitor attraction meet. This project responds directly to current interest in the reinterpretation of such landscapes amongst academic researchers, landscape designers and the wider community of horticultural enthusiasts. The project seeks to investigate the history of the arboretum at the Royal Botanic Gardens, Kew and to consider the influence of this 320-acre site on arboreta, arboriculture and botany across the world.

The arboretum at Kew developed from a small 18th-century royal collection of ‘exotics’ and timber trees to one of the most extensive and globally-connected arboreta in the world, with around 14,000 trees of over 2,000 species, cared for by over a hundred staff. It was one of a new type of scientific arboretum, designed as a centre of excellence for researchers as well as for the enjoyment of a wider public. Its evolution was the result of collaboration between a new breed of ‘scientific horticulturists’, botanists, tree collectors and managers. As a richly-archived, though little-studied site, it offers a valuable opportunity for research into the evolution and significance of arboreta.

Arboreta have received relatively little attention from historians. Recent research by historical geographers and historians of science (Elliott, Watkins & Daniels, 2016) has established an exciting new agenda for re-thinking the historical role of arboreta, going beyond the conventional emphasis on key designers and administrators (such as Loudon or Paxton) to consider wider questions concerning collecting, horticultural experiment and landscape practice. In this context, surprisingly little is known about the origins, design, use and impact of the tree collections at Kew. An investigation of Kew’s arboretum has clear potential to offer new insights into the worlds of tree collecting, horticulture and botany, and how and why we value trees as a society.