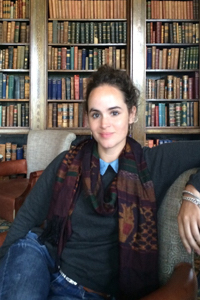 Cold Love: Can screened depictions of love between humans and robots legitimately contribute to debates regarding socio-ethical implications of HRI

AI and Robotics are playing an ever more intimate role in our lives, and with that, their social and ethical impact is becoming increasingly pertinent not only to academics but to the cultural zeitgeist too. And given that its subject is at the heart of what it is to be human, one fundamental area of human-AI interaction that is particularly deserving of attention is the potential for love between the two. However, given the speed with which new technologies are developing, it is proving difficult for society to keep pace.

Leading ethicists in the field admit we are now facing questions that were previously only the stuff of science fiction. Some arguing that technologically influenced social changes caused by these developments are often hard to predict. However, given that there is form for concepts concerning human-AI interactions first explored in science fiction, being applied philosophically in the manner of thought experiments, it is the intention of this research to investigate whether on-screen depictions can be utilised in the same way.

The recognition and acceptance of philosophical thought in application to the cinematic and televisual mediums is continuously gaining traction. This coupled with the fact that on-screen narrative storytelling owes its very existence to the emergence and continual development of new technologies, it is arguable that science fiction media is both a legitimate and apt source to draw on in the pursuit of answers.

Alongside traditional research methodologies, this proposal intends to incorporate practical research in the form of a screenplay on the subject, whilst also investigating the most suitable forms of media with which to present it for optimum impact, for example by utilising interactive and immersive technologies. In doing so, this research aims to not only assess but also self-reflexively contribute to the debates at its heart.