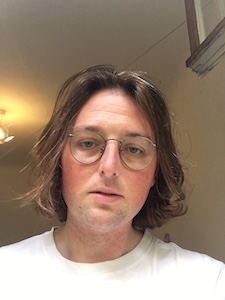 The ‘Golden Chain’? - Tradition as a Philosophical Problem

The proposed research is an investigation into the notion of “tradition” within the Western philosophical canon. More specifically, it traces and problematises how tradition, perennially figured as philosophy’s irrational, uncritical and atavistically-oriented other, becomes a philosophical concept and, in doing so, arises as one of philosophy’s most intransigent concerns.

The approach to this question is twofold. In the first instance, it returns to an essential and underthematsied generational debate during late-eighteenth and early-nineteenth century German philosophy on the philosophical status of tradition. In the same period that Kant was announcing pure reason’s departure from dogmatic philosophy and Hegel was explicitly calling for traditional ‘instincts’ to be overcome by a rational approach to history, a range of figures and schools began to refigure tradition as a prominent category for philosophical thought as such. Whether it is Schelling’s philosophy of history, Schleiermacher’s hermeneutical method or von Savigny’s ‘historical school’ of law, this inscription of the traditional into the heart of the philosophical has had lasting impact on how epistemology, the national character of philosophy, law and subjectivity have been conceived.

The second aspect of this research thesis is to investigate how this development intersects with, and impacts on, contemporary problematics surrounding tradition. The investiture in tradition as a possible form of localised resistance to the abstracting power of globalised capital suggests that tradition, as a practice of identity-forming and belonging, is no longer simply the privileged object of reactionary or counter-enlightenment thought. The question then becomes how to navigate this problematic field of appeals to tradition, one which confronts both reactionary or authoritarian evocations while simultaneously interrogating philosophy’s disavowal of its own Eurocentric tradition. The hypothesis is that by investigating the former historico-philosophical problematic, answers may be provided for the latter.