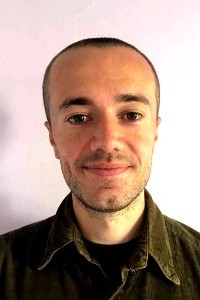 Psychogeography and Contemporary Californian Literature in the Anthropocene

The literary field of ecocriticism has largely adopted a planetary, rather than regional, approach to the role of fiction in apprehending the climate crisis. I argue that a more localised analysis can yield new insights about fiction’s unique ability to reflect the lived experience of human-induced climate change and, more broadly, the Anthropocene - a proposed epoch characterised by humanity’s imprint on the Earth’s geology, atmosphere and ecosystems.

I contend that psychogeography, the study of the influence of the geographic environment on the emotions and behaviours of individuals, is a highly effective tool with which to scrutinise psychological responses to anthropogenic environmental breakdown in fiction. I apply this methodology to 21st century Californian literature, a canon replete with psychogeographical texts that address the escalating impact of climate change on the state and its inhabitants, and particularly those living in rural areas most immediately affected. As a collective, my primary texts depict a range of ecological events that mirror or exaggerate anthropogenic processes already in evidence in California, including: drought, desertification, wildfires, deforestation, ocean acidification, coastal erosion, and species and habitat loss.

A localised study of this literature can contribute towards a greater understanding of the tangible repercussions of such processes, which might otherwise be considered abstract and impalpable. A close examination of the psychogeographical relationship between Californians and their precarious natural environment(s), as represented in this canon, demonstrates the rich potential of a region-specific investigation of Anthropocene fiction. More generally, this theoretical approach can illuminate the psychological ramifications of the global climate and ecological crisis, and the myriad ways in which historic perceptions of place are distorted or dismantled in the Anthropocene.