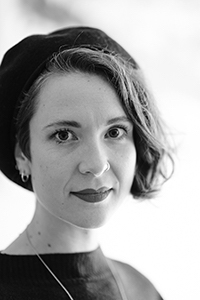 From Aristotle onwards in Western culture, women have been compared to animals as justification of their alleged inferiority. This is also the often intersecting case for both women and men of colour. This alignment is symptomatic of the relationship of domination instilled in part by classical traditions of Western culture including Aristotelian thought and Christianity. These traditions position white men at the top of a hierarchical structure of power, and all other animals including women and people of colour are therefore exploited by man. This system of domination also extends its destructive force to the environment. Seeing the world as simply a resource for man has led to the devastating effects of the climate crisis and vast declines in animal populations. In order to promote a process of 'healing' our planet, a transformative shift in the understanding of the relationship between human and Other is urgent, and performance practice offers an embodied opportunity to explore possibilities of reconfiguring these relationships.

This research project aims to consider ways in which to cultivate a new ecofeminist understanding of the relationship between women and animals in the context of contemporary Western art practice. It asks how female performance practice in alliance with non-human animals can be conceived of as empowering and healing in times of environmental crisis. In order to examine this I will firstly conduct a survey of contemporary female artists whose work engages with non-human animals and sits at the intersection between visual art and performance, I will then identify specific artists with which to engage in field research, including rehearsal studies and interviews. By observing the work of these artists through the lens of contemporary critical theory, I argue that their practice contributes to redefining the relationship between human and animal, male and female, dominant and “Other”.