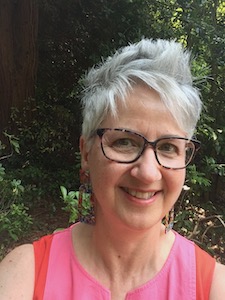 Fragmentation and Reprise: Traumatic Disruption and Compulsion in the Holocaust Works of Charlotte Delbo

My PhD will analyse previously unstudied works of the French Holocaust survivor and writer Charlotte Delbo. She is one of the most brilliant and challenging authors to have survived Auschwitz. Many critics refer to her work, yet much of her writing remains relatively unknown. As a woman, political prisoner, and Gentile, Delbo counts among groups under-represented in the predominantly male, Jewish Holocaust canon. My study will contribute to critical discourse about a wider perspective on the Holocaust and will extend scholars' understanding of Holocaust testimony.

The proposed work will be ground-breaking: anglophone scholarship revolves around only three texts translated into English from among Delbo's seventeen published works, and francophone scholarship does not address Delbo's whole oeuvre. I intend to broaden scholarship of Delbo's works, and to make my own translations of key passages from hitherto-untranslated works to benefit anglophone scholars. A larger corpus of texts under analysis will stimulate new findings not only about Delbo's experiences as a female Holocaust survivor but also about her traumatic response to the Holocaust through literature.

My thesis will reveal how, in its content, form, structure, language and characters, Delbo's oeuvre evidences both fragmentation (of identity, memory and perception) and reprise (traumatic re-use, abridgement and re-purposing of text). She felt compelled to write and re-write her most haunting experiences kaleidoscopically – at various times, in several genres and from shifting perspectives – as a palimpsest of evocative multi-genre poetry, prose, monologues and drama. Delbo's new kind of literature is a demanding, self-conscious, Modernist literary accomplishment that is at once graphic and metaphorical, intimate and collective.

As every year fewer witnesses to the Holocaust remain, my project raises urgent, vital questions about how the Holocaust should be interpreted and remembered for future generations.