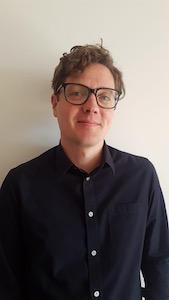 The somatic and precarity: moral theory as critique.

This project comprises a critical intervention in the recent ‘turn to ethics’ in post-foundational philosophy, principally in the work of Judith Butler. Butler’s ethics has sought to respond to precarity, the political imposition of unequal exposure to vulnerability, marginalisation, injury and death.

This research proposes that in developing an ethics based upon a pre-ontological relationality with the other (Butler, 2011), Butler repeats an ancient gesture of moral theory to found an ethics that precedes political contestation. This gesture thinks ethics outside the political circumstances of precarity. Problematically her ethics inadequately addresses precarity, her primary political concern.

I argue that moral discourse remains valuable for responding to the pressing problem of precarity. This requires a different theorisation of the relationship between ethics and morality to that of Butler. In drawing upon Adorno’s distinction between ethics and morality I argue that moral discourses challenge the particularity of ethical claims, in the name of a universality that is never finally realised. Indeed, in her Adorno prize lecture Butler suggests that Adorno’s critique of moral theory may be shaped to address the politics of precarity (Butler 2012). However she does not pursue this. For Adorno moral responsiveness arises from somatic impulses of solidarity with and against suffering (Adorno, 2006a). Somatic experience undermines any reference to a pre-existing ethics that grounds our responsiveness.

This project reworks Butler’s theorisation of precarity with recourse to Adorno’s account of morality. It argues that starting with the somatic makes possible a moral theory that begins neither with ontology nor with ethics. Rather, it begins with political responsiveness to the moral impulse that emerges from the somatic experience of suffering.