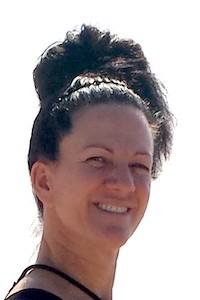 Re/materialising the imaginary artefact: exploring the role of digitisation, visualisation and materialisation in object-based art practice.

Capturing digital versions of material things creates possibilities beyond the visualisation or reproduction of objects, allowing them to become a kind of ‘hyper-material’ for art practice (Bolter & Grusin 1999). Already able to act as the virtual embodiment of physical things in VR and animation, these ‘digital doubles’ can also be re-imagined and re-materialised in art objects that are able to call on the significance of their sources to generate new meanings in things.

The hybrid digital- and material art practice at the core of this research project will use parallel sculptural approaches to the object-reconstructions of experimental archaeology (Coles 1979) and explore the role of 'immaterial' practices in the production of knowledge around material culture (Buchli 2015). The research will investigate personal and public collections of artefacts produced by the individual and the state to grant status, memorialise conflicts and celebrate expeditions – things often appropriated or re-materialised from objects with a previous functional, cultural or symbolic life. The resulting artworks will extend the traditional anthropological role of artefacts as ‘remote sensors’ able to report back across territories and through time, and implicate them in more unreliable forms of narration; conflating truth and fable, allegory and documentary, auto/biography and history.

The research will call on philosophical thinking around materiality (Simon 2013) and the evolving ontology of objects (Harman 2002) to reflect on the nature of things; from the everyday objects of our lives, into their role in helping to mediate our human, social and political interrelations (Latour 2005), and to constitute the inner realities of subjectivity, identity, emotion and belief (Scarry 1985). It will explore the potential of these types of objects as narrators of human experience, and create new artworks as ‘imaginary artefacts’, able to slip back into the real to forge new affective relations with their audience.