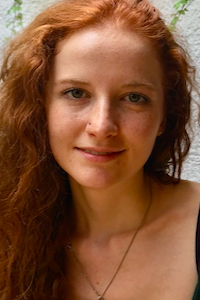 Sweetness and femininity are entwined in our language. Women are ‘honey-traps’, ‘sweethearts’, ‘sugar-babes’; girls are made of ‘sugar and spice and all things nice’. This is an extreme manifestation of the anthropologist Mintz’s assertion in ‘Sweetness and Power’ (1985) that ‘sweet things are, in both literal and figurative senses, more the domain of women than of men’.

My research will investigate the gendering of sugar as it crystallized in the early modern period, specifically as it is exposed in an under-examined phenomenon, the sweet banquet. While the queering of sweetness has been explored by scholars as a synaesthetic lexicon historically tied to the structures of sex and gender, the emergent relationship between sugar and femininity in the period has not been interrogated. I argue that banquet scenes on-stage are dramatic crucibles in which women and sugar-work are elided.

Playwrights such as Middleton and Shakespeare respond to a proliferation of cultural ephemera which conceptualised women simultaneously in three distinct ways: as creative agents, as sweet consumables, and as voracious consumers of sugar. This formed a complex web of signification that fed into larger ideological anxieties surrounding female agency, the body, and wayward appetite. The field of food history has come to fruition in recent scholarship; cultural historians are addressing the significance of food practices as both constitutive and reflective of gender construction, but little scholarship has been published on its refractions in early modern literature, especially in the theatres.

My research will interrogate the complexities of female appetite as performative. This will lead onto an enriched understanding of how women share an impulse to use appetite and food as a focus of their symbolic language. Female appetite will be revealed as a phenomenon which, far from being natural, is a culturally codified construct, a signifier of autonomy, sexuality, and shame.