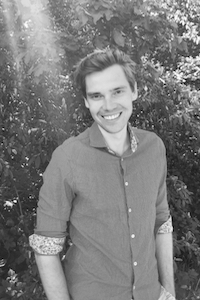 Belonging in the City: Poetics of Place as Acts of Resistance Against Hyper-Commodification

This interdisciplinary doctoral project will investigate the poetics of place in contemporary London writing. My central research question is: what visions of home are imagined at a time of neoliberal crisis and cruel gentrification in the city? London’s programme of intensive redevelopment over the past twenty years has been turbo-charged by the hyper-commodification of space; and I will consider the different kinds of place-making practices offered by twenty-first century texts.

Literary and graphic narratives do more than simply bear witness to the changing urban environment and its rapid loss of public and social space. Laura Oldfield Ford’s Savage Messiah, for example, presents a forceful critique of London’s 2012 Olympics by redeeming the places, people and histories erased by these large-scale development projects. Iain Sinclair and Peter Ackroyd’s work similarly sees the city as a palimpsest, revealing an attachment to place that is rooted in the urban past—a past that is equally fought over and at risk. Read in this context, novels like Guy Gunaratne’s In Our Mad and Furious City and Zadie Smith’s NW become acts of resistance to gentrification, insisting on the possibility of alternative visions of the production of place that privilege social and community engagement.

The thesis will draw on contemporary developments in geocriticism and literary geography, as well as spatial theory and urban design, to examine these pressing issues of which social actors have the “right to the city” and deserve “spatial justice,” outlining a poetics of place that contributes to recent debates about the meaning of “Heimat” (Home) in the globalised, dynamic, post-Brexit city of London.