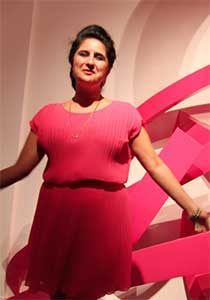 By 2025, according to predictions, 75 billion wireless devices will be 'online' (Statista, 2019) making cities 'smart' by communicating via unprecedented densities of wireless signals. Sensors embedded in transportation, home and office infrastructures, will converse with fit-bits, cars and domestic appliances, storing data about our movements via embedded transmitters and receivers.

This practice-based project engages with noise pollution study, both traditionally and in its contemporary extended field, (i.e noise's social, political and ecological realities). Comparing apparently inaudible and invisible wireless signals with the measure of noise as a concept, this research finds new language and methods to interrogate wireless' impact, reception and its consequence.

Through practice-based research and concepts of expanded listening’ and ‘listening-beyond-sound’ (Bennett, 2010), this project explores new approaches to wireless density as perceptible, as a manner of 'disturbance.'

“Making as research”, documenting responses to my artworks-in-progress, discussing their themes; exploring political issues of urbanisation and representation in a 'post-consent' context. The responses will inform the artwork's final iteration and production archive (exhibited alongside work). I elect to collaborate with Londoners of lower income, exploring whether today's society alienates them from the art world, from highly commodified Smart economies and denies them agency to determine their city's future.

With Smart Computing telecommunication engineers/planners. Collating their data on projected wireless signal strengths, positioning and numbers, I will subsequently evaluate their research based on my focus groups' concerns, e.g. accessibility (language, cost) and agency (control, ownership).