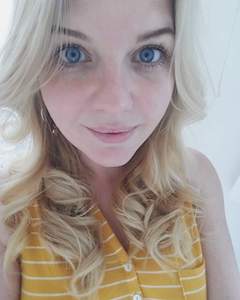 The Walkers: Psychogeographical Contours of the Smart City

This research critically analyses the organisation of the ‘smart city,’ an urban environment that uses technology to collect data and then uses that data to manage, monitor and improve its systems and infrastructures. These emergent data-driven technologies – far from being inherently positive or progressive - radically transform the city and have significant and complicated social, cultural and political effects.

The project will produce two interconnected pieces: a creative work in the form of a literary fiction novella entitled 'The Walkers' and a theoretical dissertation. Both research outputs critically explore questions of surveillance, data collection and innovative forms of control operating in the digital urban space today.

‘The Walkers’ follows Hazel Lau and her experience of living in an alternate Hong Kong where teleportation is the official method of public transportation. Unbeknown to citizens, in downloading and uploading their identities, radical and revolutionary tendencies are removed in order to ‘improve’ the urban environment. The narrative follows Hazel as she joins a global resistance group known as ‘walkers’, an eclectic and disparate movement drawing upon contemporary subcultures from hacktivism and darkweb communities such as that of Anonymous and WikiLeaks through to “meme magic” and conspiracy like Posadism and Flat Earthers.

The project engages with a theoretical line of inquiry that applies the framework of psychogeography to the smart city. Using the writings of Henri Lefebvre, Guy Debord, Ivan Chtcheglov and other situationists, I argue in my critical work that the smart city not only instils capitalist ideology in its users, working to ingrain capitalist ideas at an often-unconscious level, but also that the organisation of urban living via data collection limits the radical potential of individuals. From a critical theoretical perspective considering Chinese, American and European cities, I investigate the effect of digital technologies on political activism and resistance in 2020.