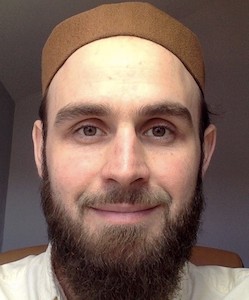 An Analysis of Muhammad Marmaduke Pickthall’s Intellectual Thought in India; Exploring its Development and Contemporary Significance

While Pickthall’s name may be unfamiliar to many, for those aware of his story he stands out as one of the most influential figures in Britain’s Muslim heritage. A successful author in his youth – whose work received praise from contemporaries such as D H Lawrence, H G Wells and E M Forster - Pickthall became the first native English speaker to translate the Qur’an; the achievement he is best known for today.

Despite his literary achievements and unique status within Britain’s Muslim Heritage, Pickthall’s legacy was largely unexplored after his death in 1936. It was thanks to the biographies of Ann Fremantle (1939) and Dr Peter Clark (1986) that Pickthall’s story was preserved at all. Clark has long argued of the need for a “fresh, rigorously academic” Pickthall study to build on these previous works (2016). My work will contribute to that end by analysing the actors, movements and intellectual trends that influenced Pickthall’s unique understanding of the Islamic tradition after his conversion in 1917.

This form of research is particularly pertinent in contemporary Britain due to the intense political, public and academic scrutiny that has been placed on Muslims living in Britain. Stories such as Pickthall’s continue to resonate as they demonstrate the rootedness of a ‘British Muslim’ identity and illustrate the diverse ways in which it has materialised. This original aspect of my work will contextualise the revived interest in Pickthall and demonstrate the reasons behind his continued contemporary significance.