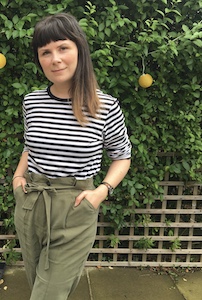 'Ulster Television in the 1960s: the unknown history'

This project will investigate the history of independent television in Northern Ireland from its launch in 1959 until the end of the 1960s when local broadcasting was confronted with the outbreak of the Troubles.

Although there are studies of UK television in the 1960s, the analysis of broadcasting within Northern Ireland during the same period has commanded much less attention and has tended to concentrate on BBCNI rather than Ulster Television (UTV). This is partly because it has been very difficult to view surviving UTV programmes or even identify precisely what was broadcast during these years. However, following the deposit of the Ulster Television (UTV) archive with the Public Record Office of Northern Ireland (PRONI) and Northern Ireland Screen in 2018, it has now become possible to identify, view and analyse the material that survives.

The forthcoming digitisation of the hitherto largely inaccessible UTV listing magazine TV Post (1959-68) by Northern Ireland Screen and the British Library also makes it possible to examine and assess the scheduling and promotion of UTV programmes.

The purpose of the project, therefore, is to examine this newly available material, along with material held by the Independent Television Authority Archive and the BBC Archives, in order to identify the main forms and patterns of commercial broadcasting in Northern Ireland during the 1960s and weigh up their significance for a Northern Irish society that was divided along lines not only of politics and religion but also class, gender and region. In doing so, the project aims to fill a gap in our knowledge of a largely unknown history of Northern Irish television during a key period of social, political and cultural change as well as consider its historical legacy and contemporary relevance.