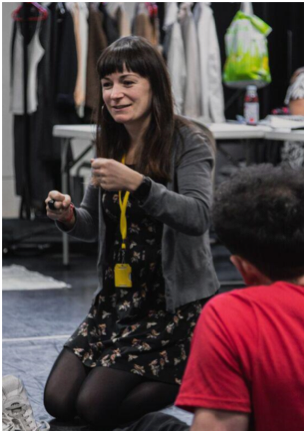 Narratives of home: Exploring the practice of space in socially engaged theatre as a means of resisting gentrification and displacement


In July 2018, amid long-standing and fierce opposition from local residents, Southwark Council voted in favour of demolishing the Elephant & Castle shopping centre. The decision threatens some 130 existing retailers, and the biggest Latin American community in London. The planned redevelopment originally included only 33 ‘affordable’ properties out of over 900, although this has been raised to 116 through local campaigning.  Despite recent victories against the demolishing of Chrisp Street Market, and the success of the Focus E15 campaign which gave some residents the right to stay on the Carpenters Estate in Newham, the story of gentrification in London is relentless and ongoing, and inexorably contributes to destruction of council estates and the displacement of residents of social housing.

This trajectory owes a debt in no small part to both the demonisation of council estates and their residents through government, and the portrayal of them in the media through a ‘failure narrative’, [Beswick, 2019]. My research investigates how exploring narratives of home through theatre and performance within communities, can create strategic social change by strengthening community identities and putting these into play with key agencies. Through a series of practice research projects in different communities, and a longitudinal research study, I will document both the strategic elements that facilitate the gentrification and displacement of council estates and communities, and the way in which these spaces are practiced by residents, in order to record a lasting testimony to the use and resilience of social housing.

The outcome will be to develop a model of theatre for social change that aims to work strategically to resist the facilitation of displacement; and through creating a policy paper on the subject, aim to offer recommendations for the future borne out of this work.