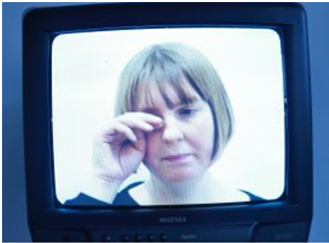 Distribution as Political Action: Investigation of the production, promotion and distribution of feminist moving-image/performative art practices in the UK 1979-present


My project rehabilitates the London-based feminist film distributors Circles and Cinenova, through archival  research and my own film and performance art practice. Founded in 1979, Circles was a volunteer-run collective dedicated to promoting and distributing the work of women artists and film-makers working with media which did not fit conventional models of filmmaking, such as video, tape-slide and performance. Joining with fellow feminist film distributor Cinema of Women to become Cinenova in 1991 the organisation fulfilled avital role in promoting feminist concerns through film and video until it lost funding, in 2000.

My project will undertake primary research in the Cinenova archive and through interviews with key figures involved in its operations. My aim is to bring to attention Circles’ and Cinenova's significant role, and its continued relevance, for current feminist scholars and artists, and more widely. Another principal concern of my research is the safeguarding and dissemination of archival materials, which I argue can offer a unique insight into feminist culture in the UK between 1979 and 2000.

Through my archival research, I will interrogate how Circles and Cinenova reflected critical changes in feminist infrastructure and concerns as the decade progressed. How did its touring film programmes and educational initiatives engage new audiences and promote a more intersectional feminism? How did the organisation survive and function in the face of changing economic pressures?  I will use my own art practice to question how the works distributed by Cinenova brought methods of formal experiment to feminist politics, developing on my recent artwork such as my tape-slide commission Welcometo Coventry for Vivid Projects, Birmingham. Working across a number of the analogue media they utilised, such as tape-slide performance, Super-8 film and Uma.