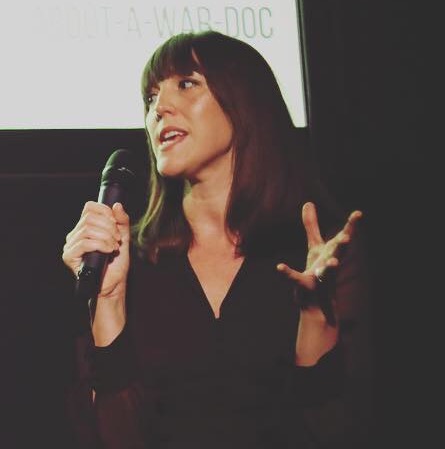 THE PNEUMATIC ACT: A STUDY OF VOCAL EXPRESSION IN DOCUMENTARY FILM

Abi Weaver is an award winning producer/director who has worked across a range of visual media from independent feature documentaries and online shorts through to programming for major UK broadcasters (BBC, ITC, Channel 4 and Channel 5). Her latest film About a War explores violence and change through the testimonies of ex-fighters from the Lebanese Civil War. The film gained theatrical release across Europe, Middle East and Africa and is distributed in the US by Collective Eye Film.

Abi’s doctoral research - funded by TECHNE/AHRC at the University of Surrey - explores the role of the voice in documentary filmed interviews. The project raises questions about the possibility of dialogue in the filmed documentary interview, highlighting the role asymmetry plays in the dynamic vocal exchange between interviewer, interviewer and camera. Abi’s research project looks to unpick the under researched methodology of the filmed documentary interview. The research is influenced by her past practice in film and TV as well as by her consultancy work on funded academic projects.

Past and current academic consultancies: