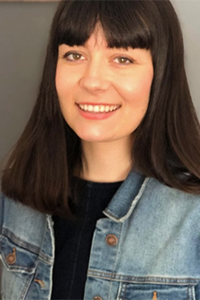 Laboratories of Dissent: A cartography of anarchist resistance to Franco in prison and in exile, 1960-1975.

This thesis will map and analyse little-known but formative networks which developed across 1960s Europe between anarchist political prisoners in Franco’s Spain, and emerging activists of the European new left. The new empirical data and theoretical dimensions uncovered in both activist and state/prison archives and oral testimonies will better explain the dynamic of historical developments in 1960s western Europe and Spain, particularly in the context of that decade’s vertiginous economic growth and its often-hidden social costs. In this way, the thesis will contribute to a new, and as yet largely unwritten, social history of Spain’s ‘economic miracle’, with its dizzying process of urbanisation and industrialisation and underside of social and economic dislocation and hardship for millions of people. These in turn potentialised the new transnational, direct-action opposition to the Franco dictatorship which the thesis analyses.In the process, the thesis will also make an interdisciplinary intervention into the debates around the evolution of Francoism—as the European totalitarianism which ‘got away’, but which retained to the end its hardwired recourse to lethal violence as a pivotal instrument of rule. This is the sociological context which in considerable part generated the new direct-action opposition, whose anarchist protagonists in Spain and beyond saw not the consumerist ‘surface’ of the dictatorship but its reconfigured repressive core. For what was occurring in Spain—especially in its prisons—crucially shaped transnational anarchist activist perceptions of 1960s western Europe as a whole.From this interpretive base the thesis will also offer a distinctive, original lens through which to view the turbulent years of Spain’s ‘exit’ from the dictatorship in the mid-1970s, and the ensuing, problematically incomplete transition to democracy—the flaws in which are only too evident in Spain today.