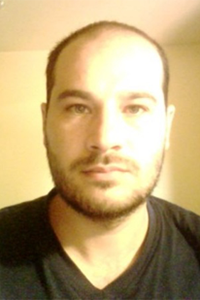 My project focuses on Kant’s unfinished work, the so-called OP. Kant’s last work has been on the fringes of European philosophical scholarship for much of its life, but has recently attracted more attention from Kant scholars. The research I propose will add a unique perspective to this literature. There are two inter-connected sides of my work: the first investigates Kant’s proposed transition from metaphysical foundations of natural science to physics and how this may affect the basic tenets of hiscritical philosophy. My thesis is that the Transition instigates a collapse of the distinction between apriori and empirical cognition. This prompts us to re-visit and re-interpret Kant’s formulation of these concepts in Critique of Pure Reason.The second side argues that Kant’s deduction of caloric/ether (the supposed universal medium through which matter travels) is made possible by this collapse. In OP caloric is transcendentally deduced in sofar as it penetrates all matter and is therefore a condition of possible experience. Yet there is a clash between the empirical materiality of caloric and that it is not presented in intuition or experience,meaning that fundamental assumptions about how we understand the transcendental become modified and perhaps distorted.The aim of the research is to contribute an original piece of writing to Kant scholarship on one of his most overlooked texts, thus helping to Open paths for further critical and scholarly work in the English language.